Something a little mellow today, from one of my favorite bands.  Still missing you, Glenn!

Today’s video features one of my favorite tunes from the wonderful musical Chess.  I wore this 45 out back in the day.  Enjoy!

Okay, so you can’t dance to this number, really, but what a song!  Enjoy a little Freddie today!

This week’s happy tune is a blast from the past 80s-style!  Enjoy!

Was interviewed by the awesome Kelly Blanchard, the Muse, a few days ago. So much fun catching up with her about the Coffee & Crime mystery series and writing in general. Check it out below. And on Friday, she’ll be publishing another interactive character interview with Charlie from my Coffee & Crime series. Sure to be a fun read!

Meeting With The Muse

For this interview, I actually met with an author who I’ve interviewed several years ago. Since then she has released a few new books, so I thought I would check up with her. Her name is Nan Sampson, and she writes MYSTERY. If you’re interested in her first interview, you can find it here: https://meetingwiththemuse.com/2015/07/08/author-interview-nan-sampson-bach/. However, this interview we discuss her mystery series and get caught up to date. As always, ‘Kelly’ was written by me, Kelly Blanchard, and ‘Nan’ was written ’Nan Sampson’.

Kelly dusted off shelves in her Muse Shop as she waited for the timer for her cookies to go off. A few minutes passed, and she heard the timer sound, so she put down the dusting cloth and went to the kitchen in the back of the shop to pull the cookies off the cookie sheet.

She had just finished plating the hot cookies on…

Another great post from author Kristen Lamb. As a marketing professional in my “day job”, this hit home. THe post also gave me that shot in the arm I needed after looking at last year’s sales numbers. So no worries… I’m not giving up yet! Read on and I guarantee you will find yourself nodding your head.

I know a lot of authors feel overwhelmed in the digital age of publishing and that is perfectly understandable. But today I would like to pan back and maybe offer a refreshed perspective to keep you pressing.

Today we face the challenge of creating a brand. But you might be thinking, “What exactly is a brand?” There is a lot of misinformation floating around so that is a reasonable question to ask.

A brand is the power of a name to drive sales. Our name alone compels action.

No easy task. Overcoming inertia is critical for any author who wants to make a living doing this writing thing. In an age of instant? This is going to take a while, but hopefully I can help 😉 .

The Struggle is NOT New 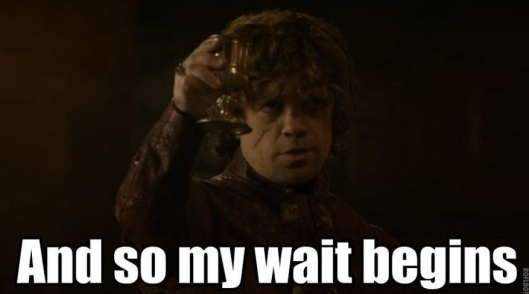 Publishers have always struggled to help authors create a brand. This is NOT a new thing…

Technology always changes our reality and there are inevitable growing pains that go part and parcel with any innovation. Every meaningful advance always has social consequences.

From the Gutenberg Press to the Model-T to electric lighting humans have had to adjust, shift and learn to balance great benefits with never before encountered consequences.

With the digital age? Here we go again.

As I’ve mentioned before, as early as 2004 when I was puttering around a site called Gather, I saw what social media was going to evolve into, that we were looking at likely the largest shift in communication since the Gutenberg Press. I knew even then that this was likely going to be the end of publishing as we had known it for well over a hundred years.

Book 1 in the Ellie Gooden series has a new cover!  It’s not up yet on Amazon, but I wanted to give readers a sneak peak!  The cover was done by a wonderful artist named Raven Blackburn.  I cannot thank her enough for bringing my characters and my series to life!  Check it out!  And stay tuned.  Book 2 in the series will be out by July!  If you think Ellie was in trouble in the first book, wait till you read Book 2!

Fellow writer and voracious reader Cloe Marrie from Cloe Marrie’s Reads interviewed me the other day.  It was a ton of fun!  Thanks, Cloe!

For the record, please state your name. Nan Sampson   Do you do book tours? Not yet.  I’ve done some fun FB promotions, and will be scheduling my first in-person book signing this…

Source: Q & A with Nan Sampson

Fun little interview I did during the recent Brain to Books CyberCon.  Forgive the corny jokes and puns – or feel free to enjoy them!  I know I did!  And be sure to check out Rebekah’s blog.  It’s a hoot!

Car here. This is a series of interviews I’m doing for my author, Rebekah Webb, for the participants of the 2016 Brain to Books Cyber Convention. ( Since I only interview inanimate objects, I…